I was in NYC last weekend helping Courtney find and apartment and taking pictures with my new camera — and, as an avid coffee drinker, I threw around the idea around that good places to live (at least for somebody like me) were those with high a starbucks-per-capita. I did a little bit of research, made some visualizations, you know how it is:

The statistics (totals and per-capita): 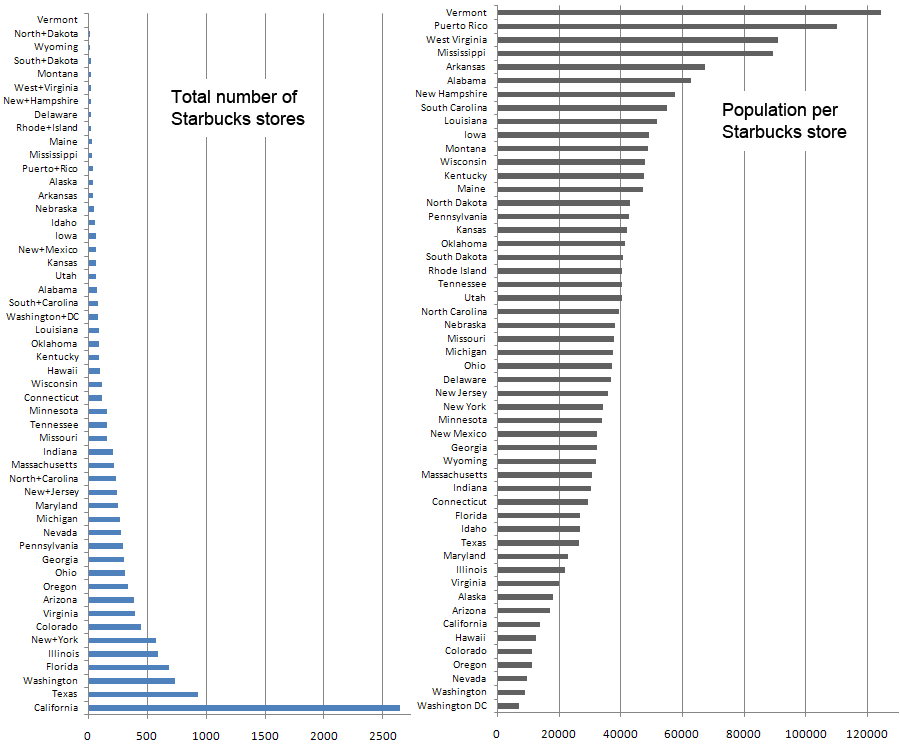 California kills it here — it’s a huge state with over 36 million of population, and over 2,500 stores. Adjusted for population, Washington DC takes first place, with only 9,000 residents per each Starbucks store. This makes me think that people are spending a lot of money on Starbucks there, especially from commuters. 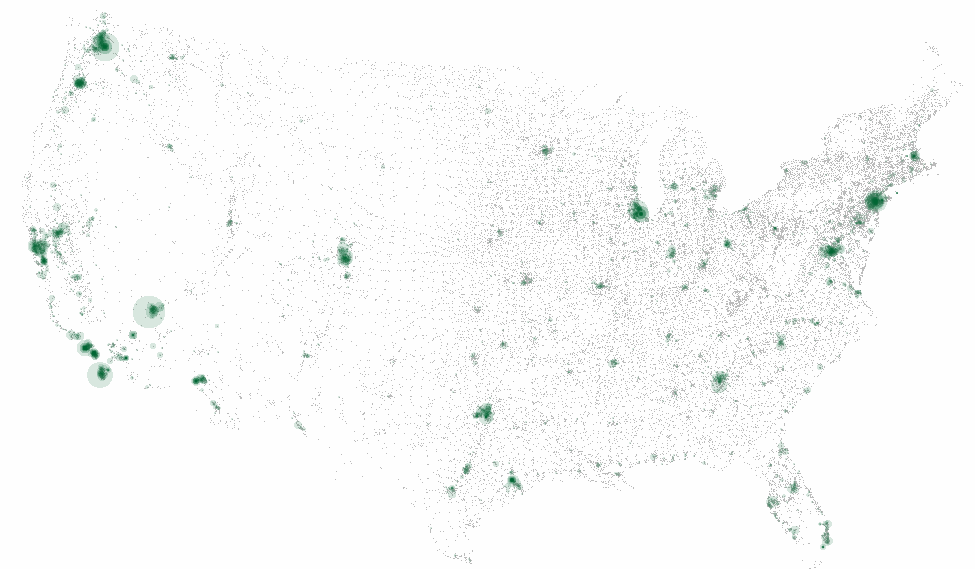 I like this kind of map — I had written earlier about mapless geography and still think it’s a good idea for quickly isolating out interesting information.

Ben Fry, one of the creators of the processing language, also really likes these kinds of things (maybe because it’s hard to load map data into processing?). His project All Streets is like this — where he plots just the streets in the United States and observes population and geographical properties just based on the density of streets.

Anyways — thought it was interesting. Might throw it up on a google map if I get around to it

the most ridiculous patent, ever mapless geography