Recently I've gotten really into foursquare. Even though it's not as new as it was a few years ago, I still find the process of tagging the places I've been strangely addicting. By using a phone to keep track of restaurants, parks, and cities that I've ventured, I have a record of what I've been up to, which is quite fun to look back on. While the current digital iteration of the "check-in" is new, marking places one has been isn't a new concept, and shares a lot of the same motivations as writing graffiti.

Today I walked to the end of a long peninsula near Cape Cod, and checked in on foursquare, so that I would remember doing so down the line. S omeone had beaten me to it, by almost 48 years, as attested by a block of concrete : 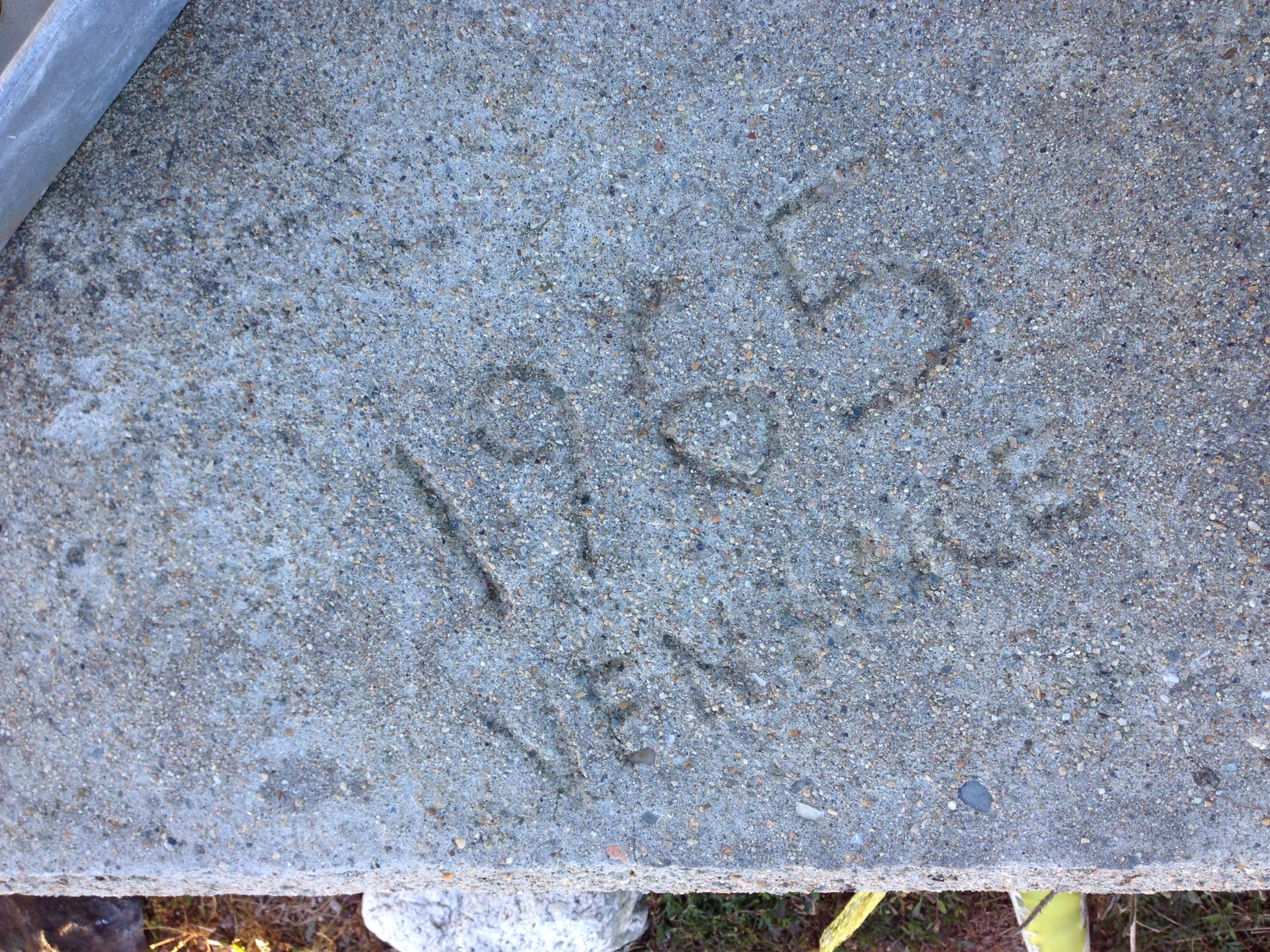 I have no idea who Vennance is, but it's likely that they were one of the first few people to venture to the end of the dyke. Foursquare captures this same motivation, only digitally -- rewarding people who are the first to check in at a never-before seen location, or those who want to mark the fact that they went somewhere unique.

Another motivation in foursquare is exploration: checking in to many different places at home and when traveling. For some people, this means every place, including ATMs, laundromats, and subway stations. Consider Taki 183, one of the originators of modern graffiti in NYC in the early 1970s, and his response to the New York Times on why he wrote "TAKI 183" in black pen everywhere:

"I just did it everywhere I went. I still do, though not as much. You don't do it for girls; they don't seem to care. You do it for yourself. You don't go after it to be elected President"

Many foursquare users can sympathize with this same sentiment. There's a basic human desire for comprehensive exploration that drives people to check in, even though it's often just noise for other people.

Although Taki 183 might not have been elected president of the United States, he might have been the mayor of a few places on foursquare -- the person who's checked in to a given location the greatest number of times. While I'm not particularly motivated by this myself, some others find this virtual "turf war" very motivating.

"Ruling" somewhere by leaving multiple marks is also encompassed in the broader graffiti culture: gang territoriality is often demarcated by the presence of special tags denoting affiliation. Turf is owned by those with the most tags, which are constantly be re-written as weather, city officials, and rivals remove tags. Again, this is really similar to a mayor in foursquare, who not only has to come to a given place a lot, but must continue to do so recently.

The next time someone doesn't "get the point" of foursquare, let them know about how it ties into the same human instincts that made graffiti writing such a widespread phenomenon, but on a digital canvas of locations .