Coding visualizations is a great way to learn programming because it's inherently rewarding. It's nice to write something like:

and see a circle, where you can immediately start tweaking the parameters, explore other drawing functions, and ask questions like "how can I change the color?" Compare this to the typical introductory programming lesson:

Nothing really to explore here.

People often ask me to explain what tools I use to make visualizations and interactive projects. While no framework can address all needs, over the years I've had the chance to experiment with many of the popular ones and learn their strengths and weaknesses. Here are five of my favorites, in increasing order of my preference.

The Prefuse Java library, and its Flash cousin Flare, were the first visualization frameworks that I used extensively. These are very full-featured libraries that can be adapted to a variety of projects.

Google Chart Tools is an Google product that allows you to make simple visualizations using an online tool, democratizing the process of visualization design. It has a very low barrier to entry and doesn't require much programming skill to create great-looking static charts and also simple interactive visualizations.

Matplotlib is a plotting and graphing tool very popular in the scientific community. With a great many packages for statistics, clustering, and plotting, it makes it easy to present numerical data.

Processing has quickly become a favorite among artists, designers, and programmers alike for its ease of use and focus on creating graphics. It uses its own language that builds on the Java programming language, simplifying the syntax and the creation of visual objects. 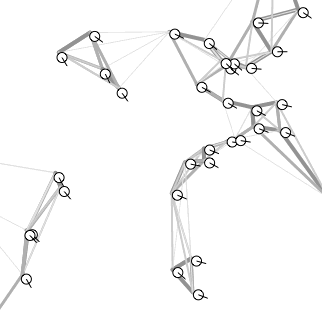 I wrote this fish schooling simulator in Processing

A relative newcomer, D3 comes from the same author of the popular Protovis library, and has an interesting philosophy of separating data manipulation from the presentation layer. It allows for clean code that generates interactive visualizations that work on browsers and mobile devices alike. Its great integration with the HTML stack makes this my current favorite framework for general-purpose visualization. 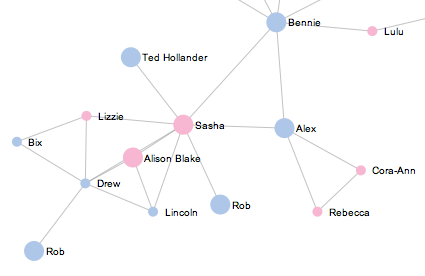 I hope this is helpful!

zipcodes in KML a state of limbo: the html5 file api, filereader, and blobs